Morten Lindberg is a Norwegian music producer and sound engineer who specializes in classical music productions. He is a recording producer and Balance Engineer with 34 American GRAMMY-nominations since 2006, 26 of these in the categories Best Engineered Album, Best Surround Sound Album and Producer of the Year. In 2020 he won his first Grammy for Best Immersive Audio Album with Lux. He is the founder and CEO of the record label 2L and he often works with Norwegian and other Scandinavian ensembles.

How important is the recording process for you when producing immersive audio?

All my work is dedicated recording sessions, and my role is both as an engineer and as a producer. This means I get to directly interact with the musicians with the sole purpose of creating the recording. Every project starts out by digging into the score and talking with the composer, if contemporary, and the musicians. It is not our task as producers and engineers to try to recreate a concert situation with all its commercial limitations. On the contrary, we should make the ideal out of the recording medium and create the strongest illusion, the sonic experience that emotionally moves the listener to a better place. The beauty of the recording arts is that there is no fixed formula and no blueprint. It all comes out of the music.

Speaking of recreating concert situations – how close can you get to a live performance with immersive audio?

There is no method available today to reproduce the exact perception of attending a live performance. That leaves us with the art of illusion when it comes to recording music. As recording engineers and producers, we need to do exactly the same as any good musician: interpret the music and the composer’s intentions, and adapt to the media where we perform.
Immersive audio is a sculpture that you can literally move around and relate to
spatially; surrounded by music, you can move about in the aural space and choose angles, vantage points and positions.

What role do the musicians play during the recording process?

All classical musicians are trained to project their sound all the 150 feet down the aisle of the concert hall. The first thing we do is to move us towards a more intimate communication with the listener. This type of sound-making affects both texture, volume, timbre and articulation. Then volume is the next step. It’s the same with both singers and instrumentalists, but a string player is best for demonstration. The first 80 percent of added energy results in volume and enhanced dynamics in a musical sense, but adding further vertical power from the bow to the string only results in distortion and a shrill harshness. With this in mind, the musicians manage to produce a more beautiful sound for me to record.
In those situations where I succeed with this approach also with a full symphony orchestra, magic occurs and the string players start pulling out their earplugs. Combating the acoustic loudness war makes all the difference in the world on how they control their own sound-making.

Why do your recordings often take place in spacious venues?

This is actually where we can make the most intimate recordings. The qualities we seek in large rooms are not necessarily a big reverb, but openness due
to the absence of close reflecting walls. Making an ambient and beautiful recording is the way of least resistance. Walking the fine line between direct contact and openness, that’s the real challenge.

A really good recording should be able to bodily move the listener. This core quality of audio production is made by choosing the right venue for the repertoire, and balancing the image in the placement of microphones and musicians relative to each other in that venue.

What is your advice for a great recording session?

I think one aspect of quality production is to step back and just relax and actually allow yourself time to experience what is really happening. Only then can you make the right choices on how to move forward. Stop, listen to what’s happening around you, reflect and then act.

Rodriguez Jr. about his way of creating music and the potential of Dolby Atmos 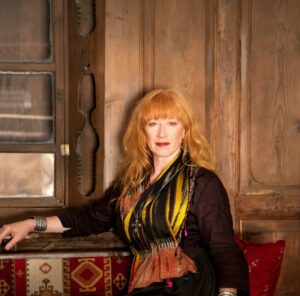 Interview with Schiller and Daniel Brune from laserfabrik