The Pure Audio Blu-ray combines the advantages of the Blu-ray Disc—its high data rate and enormous storage capacity of up to 50 GB—with the ease-of-use of a CD. High-fidelity sound, as well as additional video and multimedia content, can easily be integrated.

A Pure Audio Blu-ray is fully compatible with Blu-ray specifications and can be played with any standard Blu-ray player.

Operating a Pure Audio Blu-ray does not require a TV screen. The disc can be navigated entirely through the remote control. Available audio formats are assigned to the colored buttons. It is possible to switch directly between stereo and multichannel audio.
Some Pure Audio Blu-ray Discs contain additional video content – in this case
navigation requires a TV screen.

Pure Audio Blu-ray impresses with a sampling rate of up to 192 kHz and a sampling depth of 24 bit. The high storage capacity of a Blu-ray Disc makes it possible to store different output formats on a single disc. In addition to stereo and surround-sound, 3D audio formats such as Dolby Atmos and Auro-3D can be added. 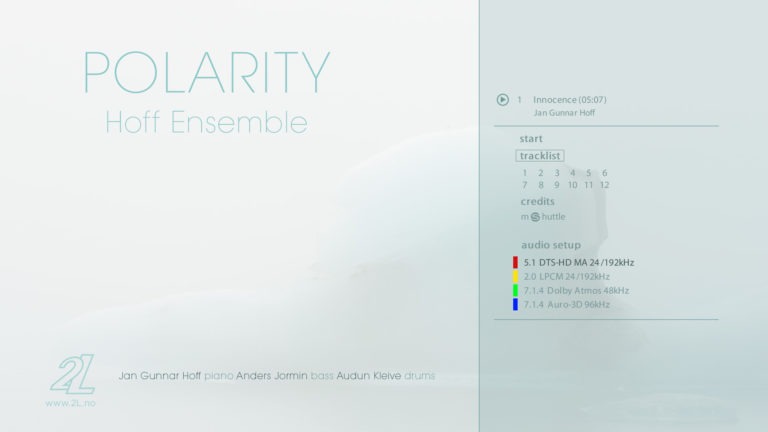 Optionally, all tracks of the album can be stored in additional formats like WAV, MP3, FLAC, or MQA on the Pure Audio Blu-ray. For further use, the files can also be conveniently imported to a computer via “mShuttle” by using the local network.

For more informations about the format and technical backgrounds visit